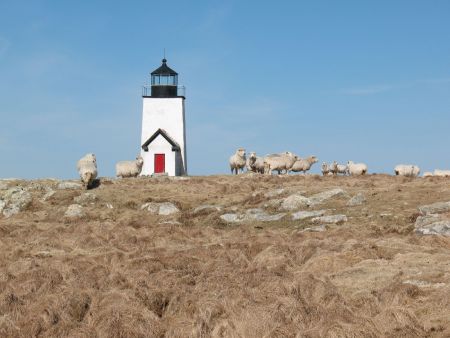 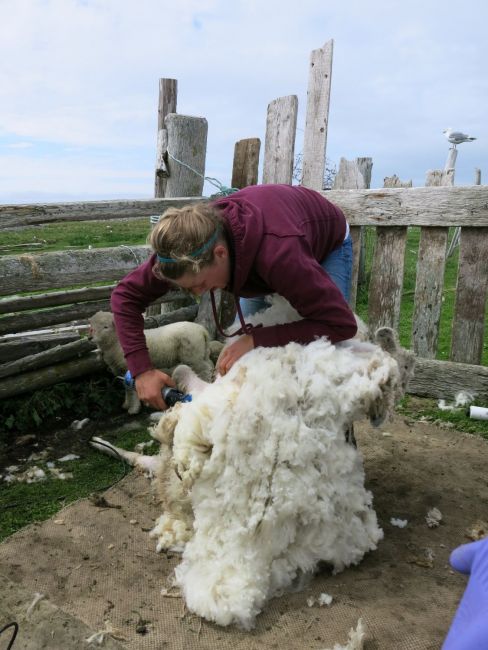 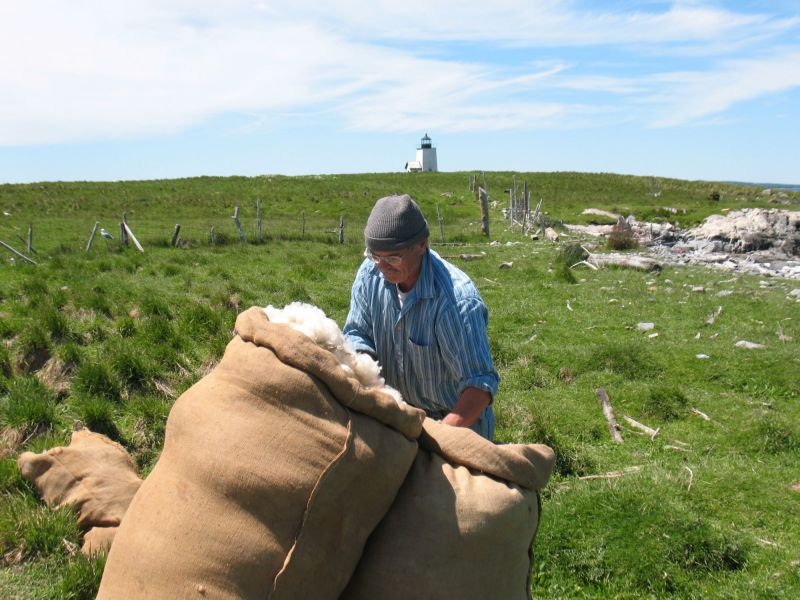 Wool is gathered into bags after shearing 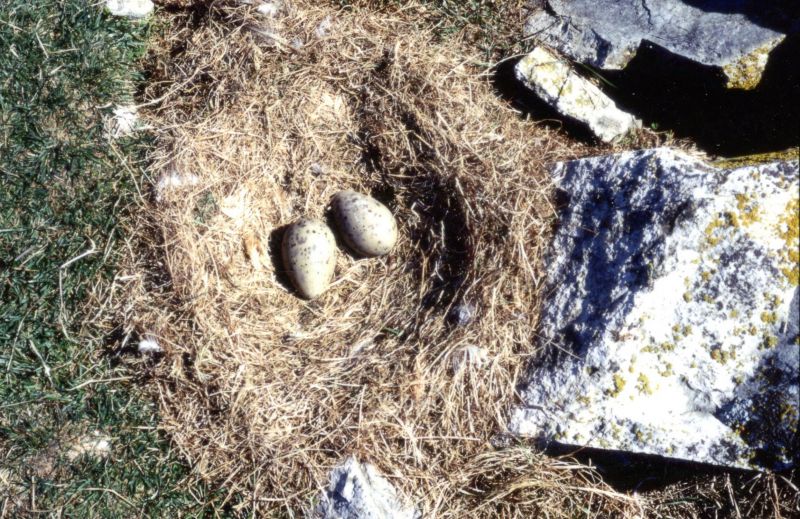 Two eggs in a bird nest on Nash Island 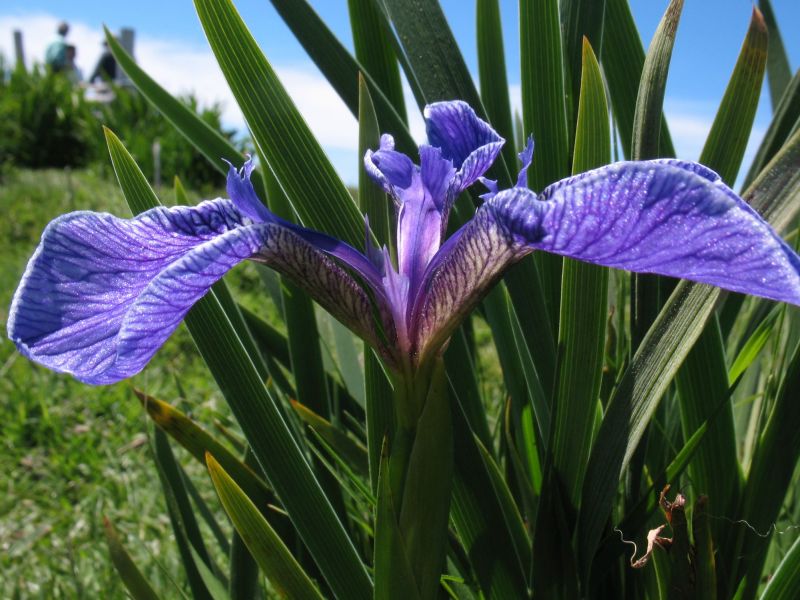 Based on their inventories of migratory and nesting bird populations on the offshore Maine islands, the U.S. Fish and Wildlife Service has designated Nash Island as one of six "higher value islands", connoting a habitat with three or more migratory seabird species.

Members of FNIL understand and treasure the wildlife value of Nash Island and the Maine coast's rich heritage as a nesting and resting ground for migratory bird populations. Indeed, one of their founding members was employed by the U.S. Fish and Wildlife Service in recent years to conduct bird inventories on the Downeast offshore islands. (Please refer to her report which identifies the bird nests on Nash in June of 1995, attached herewith as Exhibit III.) Many members of FNIL, its Board and its Advisory Council are active in conservation organizations such as Audubon and National Wildlife Federation. One of the founding members is on the board of the Maine Nature Conservancy.

There are several ways in which FNIL preserves and nurtures the wildlife on Nash and promotes the public's understanding thereof:

1) Its lighthouse restoration schedules and subsequent educational field trips to the island take cognizance of the bird nesting cycles which begin in April and extend into the summer. The transportation of pets to the island is prohibited.

2) The wildlife values of Nash are incorporated into the brochures and educational material pertaining to Nash, to stimulate and heighten the public's knowledge and appreciation of the wildlife of the island.

3) Educational materials of FNIL give special recognition to the National Wildlife Refuge System of which Nash is a part, and confirm that FNIL programs are designed to be consonant with the goals of the U.S. Fish and Wildlife Service, the state Inland Fisheries and Wildlife, and wildlife organizations such as Maine Audubon Society. 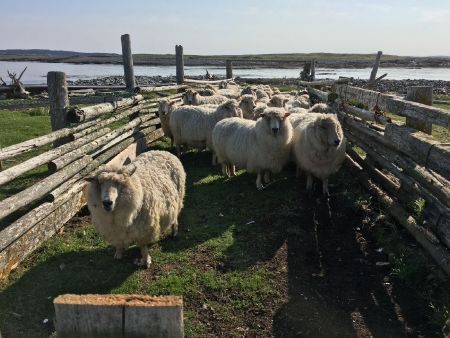 The Island Sheep and Jenny Cirone

Jenny Cirone was one of nine children of light keeper John Purington who lived on the island for 19 years. Jenny continued to maintain a flock of 200 sheep (descendants of those she grew up with) until her passing at age 91 in 2004. The sheep continue to thrive on the island today through efforts of the island owner and Friends of Nash Island Light.

» More about the sheep and Jenny's island life.

More About the Island's Wildlife