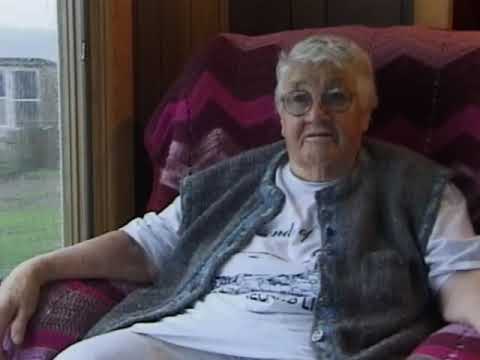 John Purington brought his family to live on Nash Island in 1961, when he became the keeper of Nash Island Light. He, his wife, and their nine children would live there for the next 19 years, through a World War and through a depression. Jenny Purington Cirone was one of those children.

This is the story of Nash Island and the woman who continued to love it most—the remarkable and strong-willed Jenny Cirone. “Jenny’s Island Life” offers us a window into Maine’s maritime history and into the spirit of a small Downeast coastal village.

When the U.S. Coast Guard could no longer maintain the lighthouse structure, and it was headed for certain demolition, the Friends of Nash Island Light came to is rescue. Through the Maine Lights Program, this organization saved an important landmark so central to the history and landscape of Addison, Maine. 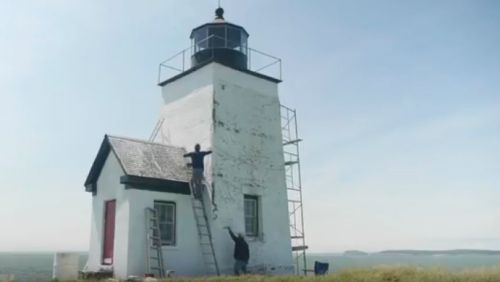 In 2014, when it came time for another coating of the lighthouse, and because we had Nathan Hendrie and his Tower Hill Films on our team, we decided to make a short video of the process so our successors would know the drill. Since then, we’ve found that having established a good base coat, we need only to touch-up a few stains every summer. 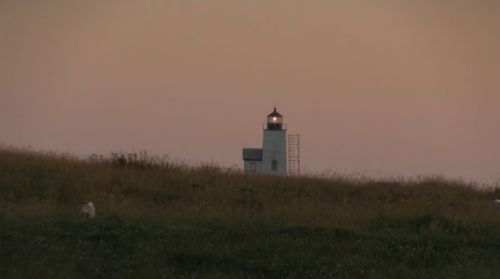 Commencing prep-work for the tower’s coating in 2014, Gray and I arrived in South Addison for our lift out to Nash. John Page met us and said, “I don’t know how to process this but Oscar died last night.” We had stopped at Oscar’s the previous evening to pick up the pressure washer. “A rough day on the water,” was all he had said. He died moments after we left.

Oscar was the driving heart of FNIL. Our shock and grief instantly transmuted to an urge to work, so John took us out to the lighthouse and we set to. All day, we felt Oscar out there, on the water and around the tower; our perceptions were a little sharper, our burdens a little lighter.

As dusk approached, we rowed the dinghy across to Big Nash and Alf Wakeman’s cabin (formerly Jenny’s) where we were staying. We poured wine, sat out on the deck and attempted to catch up with what happened and to assess where we were. A few moments later gazing at the tower, this occurred.