« History of the Light 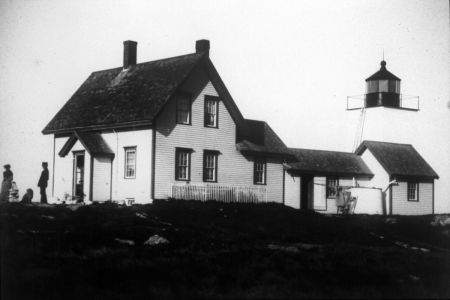 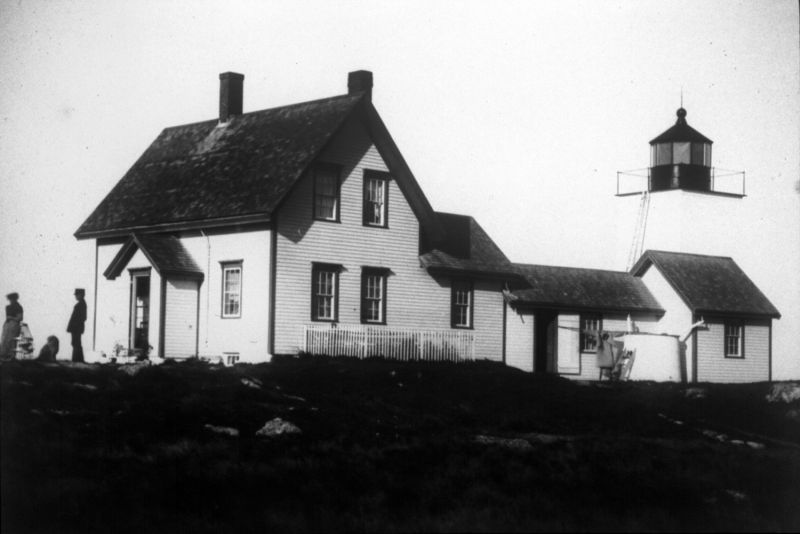 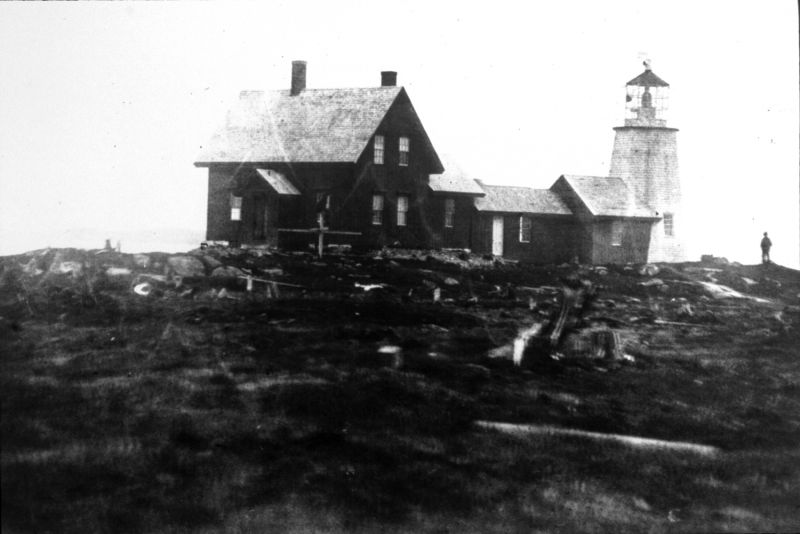 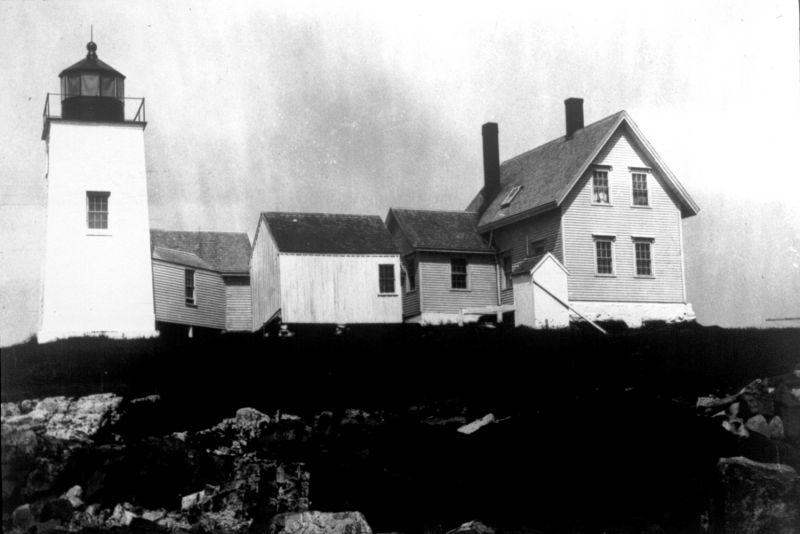 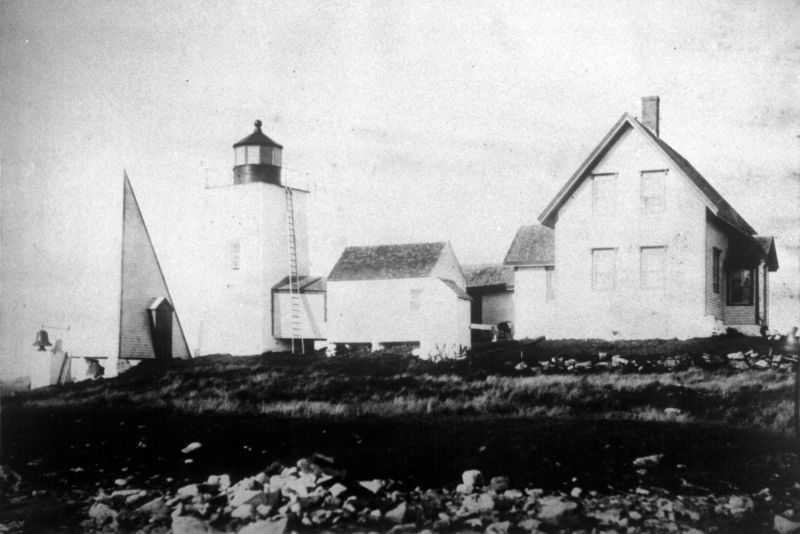 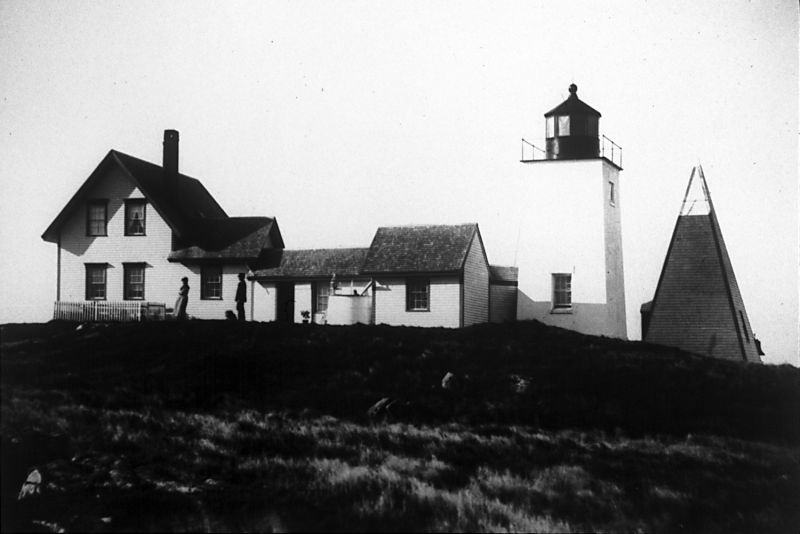 Today on the NOAA charts there are two Nash Islands, Big Nash and Nash, (locally called "Little Nash") and the lighthouse is on the latter. In pre-revolutionary times both islands together were collectively referred to as Wass Island. In 1820, Big Nash was sold by the Land Commission to the Wass family and the western, little island was sold to the Nash family. This smaller island was then spoken of as Little Nashes Island.

By the late 1830s, sixty-three sailing vessels in Columbia, Columbia Falls and Addison had been launched in the Pleasant River, with many more still to be built in these and other nearby coastal towns. Some of these vessels were sold out of state, but many engaged in coastal trade or in the export of local lumber, fish, granite and agricultural products. Passenger steamships regularly passed through the area, from Portland to Machiasport and Eastport as early as 1840. Add to this traffic the many fishing boats, and the need for navigational aid in the Pleasant River area becomes clear.

On March 3, 1837, the U.S. Congress appropriated $5,000 for a lighthouse at the mouth of the Pleasant River. By December, a site had been chosen -- on Western or Little Nashes Island.

Joseph, Nathaniel, Adkins and Oliver Nash, all engaged in shipbuilding and trade, deeded four acres and five rods of land on Little Nash Island to the United States government for $409 on December 27, 1837 (Washington County Registry of Deeds, Vol. 37, p. 207). The northwest part of the island was set off by a line running South 70 degrees West 49 rods from a stake and stones at the "landing place" on the east-northeast side of the island to the western shore.

The first lighthouse, built in 1838, was a round tower, equipped with a lamp and reflector apparatus. A lens replaced the reflector in 1856. By 1857, the tower was so badly in need of repair that the Lighthouse Board's annual report recommended complete rebuilding, because repairs alone would have been more costly than the value of the existing building. Further damage to the lighthouse during a gale of wind was reported in a letter dated January 8, 1858, from First District Inspector Greene. Apparently rebuilding was postponed, as the 1858 Lighthouse Board's annual report only indicated that "important repairs" had been made.

By 1873, a new square, brick lighthouse tower had been completed. A new lantern, cast iron deck, and parapet were installed in 1874. According to E. P. Adams' 1887 survey, the light on Nash Island was 4th Order, fixed red, with its focal plane 57 feet above water level.

In addition to the light tower, the buildings at this site included a 31-foot by 18.5-foot dwelling house, a separate "workroom", and a wood storage house, all connected to the light tower · by covered walkways. In 1878, a 121 by 201 boathouse was built, with a boat slip, winch and rope added in 1880. In 1888, a bell tower was erected and was equipped with a 1,000-pound bell. In 1895, an oil house was built. In 1885, a wire fence had been erected along the single boundary line, but a survey by E. P. Adams in 1887 showed that the fence was mislocated and that the boathouse was not on government land. In 1890, therefore, the fence and boathouse were moved and a new boat slip was built.

Thirteen known keepers of the Nash Island Light are listed (see section below), covering the period 1847 through 1958, when the light was automated. Still living in the area, besides Jenny Cirone, are two other children of a keeper of Nash Island Light: Dorothy Thaxter of Addison and Russell Pettigrew of Ellsworth, children of keeper Edwin Pettigrew, spent brief periods at the station but primarily boarded on the mainland.